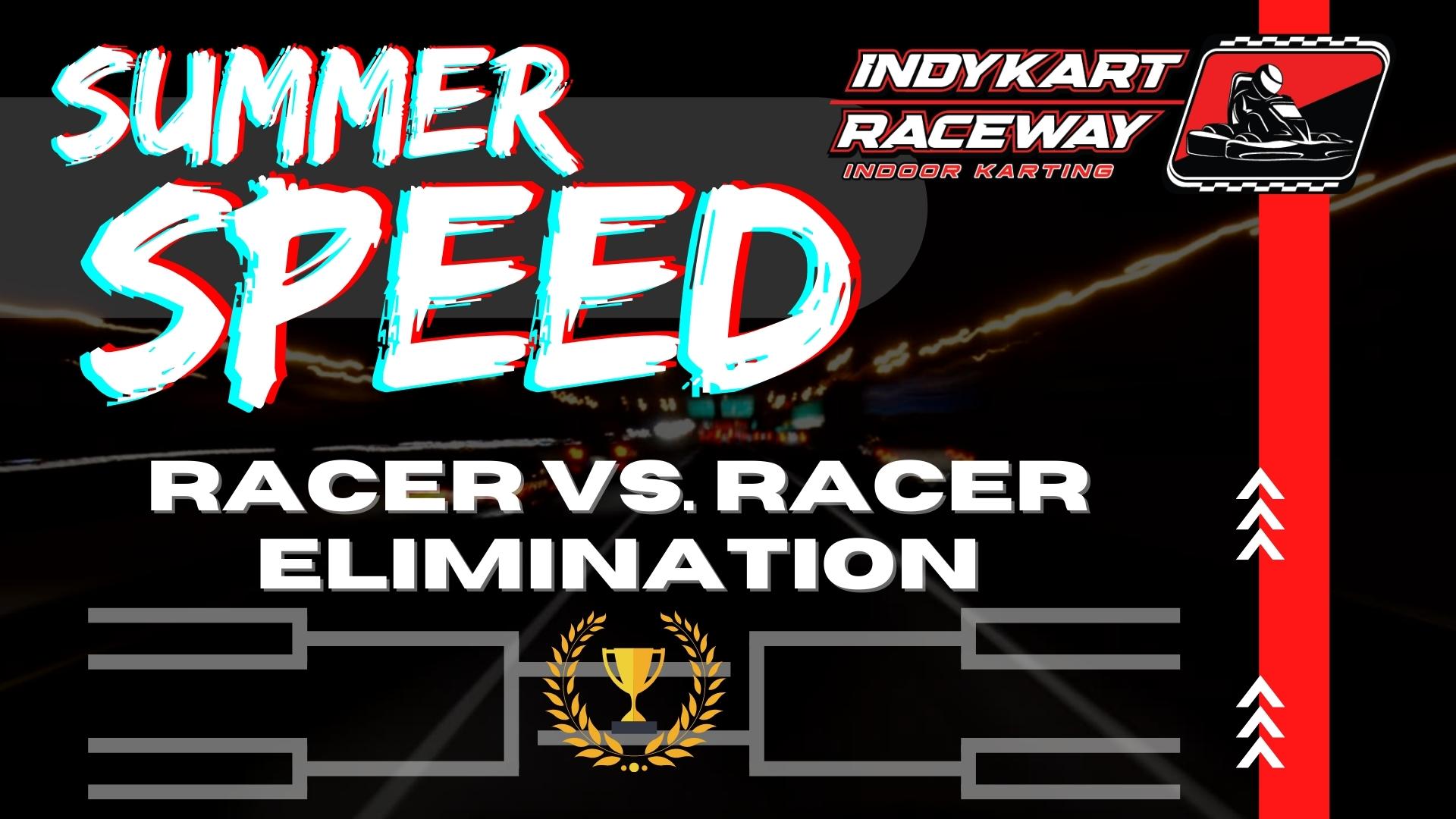 Who’s going to be the Champion of “Summer Speed”?

Do you think you’re the fastest racer at IndyKart Raceway? It’s your chance to prove it in equal machinery during this Racer vs. Racer tournament style racing event!

Here’s how it will work…

This tournament style competition starts with a MAXIMUM of 16 racers.

It will be THE RACER that really makes the difference since you’ll be driving the same equipment each round.

ROUND 1 – Racers are randomly placed into 8 different pairs that compete against each other in two 12 lap races. After the end of the first race, the paired racers swap karts with each other, then go out for their second 12 lap race in their challenger’s kart. We will then take you single fastest lap time from both races and determine your AVERAGE fastest lap. The racer with the fastest average lap time from the two races and two karts will advance to the next round. (All racers knocked out in Round 1 will race one non-qualifier 12 lap main event for fun and bragging rights, line up will be based on the 8 racer’s best average lap)

ROUND 2 – The next round includes the 8 remaining drivers, who will be paired up based on their position in the bracket to compete in two more 12 lap races using the same elimination process.

ROUND 3 – The remaining 4 racers will compete in two 10 lap races to determine the top two racers.

FINAL ROUND – Those last two racers will compete for supreme bragging rights in two 8 lap races. The racer with the fastest AVERAGE of those two races will be the Champion of that night’s “Summer Speed” competition.

This event is limited to a MAXIMUM of 16 Racers. All racers must be registered by 7pm each event night, registration is now open for each of these events at our Customer Service Desk. Must be at least 18 years old, or a graduated Youth-to-Adult racer.

Prize: Winner takes all! The Champion of each event will win a 5 Race Package!

**NOTE: Summer Speed requires at least 8 racers for the tournament to operate smoothly. If less than 8 racers have entered, this event may be canceled. Additionally, if we have more than 8 racers but less than 16, we will only run the first 8 drivers in the Summer Speed Tournament. Those who signed up and not able to make it in the tournament, we will run a qualifier and main event for 4 racers or more, less than 4 the racer will receive 4 races to their account. So make sure you sign up quick and bring your friends!**